How Adaptable is the Body, Anyway? 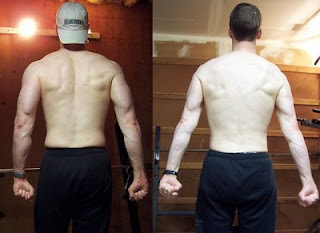 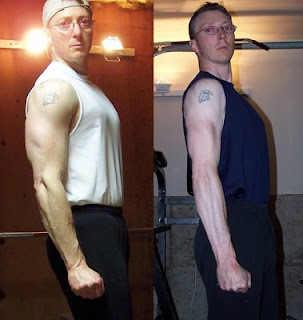 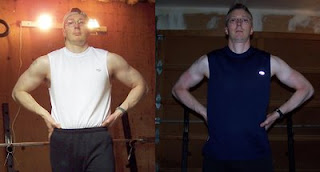 I was digging thru a bunch of photos on my computer today and came up with four photos (left side of each split photo, above). I certainly don't post them here to try and impress anyone. These are from late 2005, when I wasn't running and was focusing on gaining weight and muscle mass. Thanks to a suggestion of a fellow runner on Twitter, I took some current shots as a comparison. Yikes! What an eye opener! I've lost a lot of mass and muscle thickness. As you might know, I started running in 1983. Even before that, I was a skinny kid. My body adapted well to distance running and I definitely had a "runner's physique". During the times when running and I "broke up", I often decided that I was tired of being scrawny, so I'd hit the weights pretty hard for several months. I'd put on 10-15 lbs and, for me, get fairly big. But I learned that my body doesn't want to be "big". When I'd start running again, it was like my body said "oh, I know this. Time to drop all this useless weight". The years of running have set my body up with a pretty high metabolism and I can drop 10 lbs pretty quickly when I'm getting back into "endurance mode". And that's exactly what has happened. I was 15 lbs. heaver in these photos than I am now, and for the most part, those muscles are gone. I do find it interesting, though, that the human body can change to that extent, even when it leans more toward a certain body type ("ectomorphic", in my case). For most people, and definitely for me, big muscles and endurance training cannot co-exist. And when I was bigger and stronger, I had no stamina. Yeah, I miss the muscles, but I love the endurance training and the feeling of being fit too much to give it up.
Posted by Colin Hayes at 1:26 PM 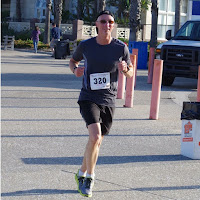